Well, what can I say about Maceió? Its OK but there isn’t really anything to keep you there.

The beach is, again, OK. But then again I’m probably comparing it to other places like Rio de Janeiro or Praia do Forte.

One great thing did happen though when I had a stroll to the beach and have a beer. I saw a big crowd of people gathered round the edge of the sea. As I got a little closer I could see a 4×4 had got stuck in the sand and with the waves now over the tyres it was a race against the tide to get it out. 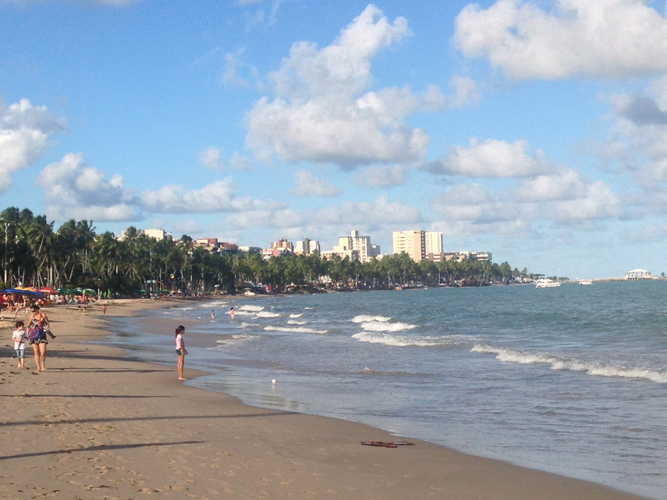 Needless to say there was a bunch of people with their camera phones out filming the whole thing. Being the good Samaritan I am, I also filmed it, you know, just in case it was worth £250.

The best thing we did was go to the brand new shopping mall, Praia Shopping, which was pretty similar to what I would pay back home in the UK for things but we managed to find a few deals.

I managed to replace my money belt that got ripped apart by the arsehole that broke into my locker in Montevideo and added a new pair of shorts to the collection. 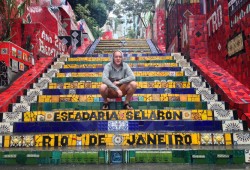