Big old tarantulas, small deadly scorpions and boa constrictors. Oh and it was all in the place I wanted to visit since childhood, The Amazon Jungle.

Iquitos is the biggest city in the world that can’t be accessed by a single road. You have to sit on a boat for 5 days or fly. Stuck for time we flew and the views were amazing!

You fly for about 45 minutes in a jet (after one stop off) before arriving in Iquitos and that section of the flight is just a sea of green trees. It gives you a little perspective as to just how big the place is. 7,000,000 square kilometers and it covers 9 countries in South America.

Iquitos itself isn’t that great, the plaza is OK but down by the river is nicer where you can look at parts of the jungle. Best thing is to book a tour, I went for 3 days and 2 nights to fit in as much as possible.

We had a walk through the jungle to find different types of plants. There are plants for everything from arthritis to headaches.

People of the jungle drink water from certain plants and trees. They use the trees and plants to build their homes at the side of the river. They eat the fruits that grow, being careful not to eat the poisonous ones of course!

They have pet parrots that can speak Spanish AND English, OK it could only say Hola and Hello but still. They have a pet monkey in their homes to eat all of the bugs and spiders that try to make it their home.

Almost everything is used for something. We tried some of the fallen fruits and smelt amazing herbs that were very much like lemongrass.

As you would expect in a jungle it’s dog eat dog, or snake eats bird, you get my drift. So there are a lot of injured animals around.

The rescue centre is just another part of the jungle, no cages, no limits. The animals are free to leave when they feel like it but the aim is to provide care to injured or sick animals.

There were quite a few different animals there too; snakes, different kinds of monkeys, a toucan, parrots, macaws and some mammals I don’t remember the name of.

I had a monkey jump on my head and saw the Boa strike at an American guy that got too close, just missed.

The jungle really comes to life at night so we walked through the jungle for almost 2 hours to find what was lurking in the dark!

We found a lot of tarantulas, scorpions, water spiders, a snake, bats and even got to hold a tarantula the size of my hand.

Quite a lot of things out and about hunting, things you would be hard pressed to find in the day.

We went Piranha fishing twice, once in the river on a boat where I caught 8, a vast improvement on my measly 1 in the Pantanal.

The second time was on a lake after a 45 minute walk through the dense jungle. On this trek I laughed so hard I nearly split my stomach in two.

So we are walking along with the wellies provided and the American (Anurup) in front of me is slipping around in the mud at every opportunity. I’m stood behind thinking he is going over any second and I want a front row seat when he does.

Sure enough about 10 minutes later we have to cross a swamp via a fallen tree trunk. The trunk was only wide enough to shuffle across side footed. Anurup was first and there were no hand rails so balance was required.

Exactly half way across he slips backwards and lands with his legs over the log he was stood on and miraculously his backside landed on a much thinner log just behind the bridge. I thought “wow, that was lucky!” and just as the thought reached my brain the smaller log snapped in half and he fell, back first, into the swamp.

With his legs still over the larger ‘bridge’ log he couldn’t get up so thrashed around in the water trying to pull himself up with his arms. At this point I’m in stitches (schadenfreude i know) but still managed to be the only person to ask if he was OK. Given, I was also the only person who laughed apart from Anurup who was a good sport and had a laugh at his own misfortune. Is it really only the English that laugh at an others pain?!

So we got to the lake, I caught the biggest Piranha out of the lot and got it served up for lunch. The Piranha was that big it actually had some white meat on it, something that you get very little of on most of the Piranhas you catch!

Still, really gutted I’ve not seen a wild Anaconda… yet. I’m sure there might be another swap to wade through before this trip is over! 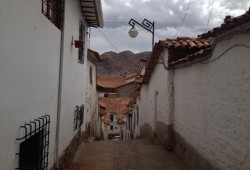 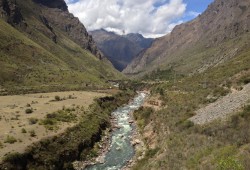 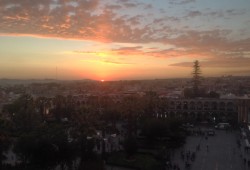