So after the drama of the last blog in Bariloche (no show taxi and only just making our bus) we set off towards Chile. We arrived at the border and all off to get stamped out of Argentina, then drove for around 30 mins in no-mans-land through the mountains to the Chilean border. All the bags off and sniffer dogs deployed on everyones belongings. Whose bag gets pulled aside by a dog? Brogans! Brogan began to “shit ones self” thinking some sort of ‘Peru Two’ was about to happen but all the bag revealed was tea bags sniffed out by the dogs.

A 4 hour wait for our connecting bus in Osorno and we were in Pucon. Rain coming down heavy, just as well the hostel was the other side of the road from the terminal.

After a little intro from the people running the hostel we headed to Latitude 39, a Californian run ‘gringo’ spot for some western style burgers, burritos and beer. The place was so good we went back an additional twice. Each time a new dish sampled. I ended up going out the first night and getting a little tipsy, fell flat on my face in a bar after a piece of wood conspired against me. Funny for them, a grazed knee for me!

We found out that it was Labour Day, the hard way! No sort of supermarket was open so we had to eat out for every meal, quite an expensive venture in Pucon. Saying that breakfast was unreal, but it got worse as the day went on ending with a waitress that only bothered to bring us the food, and no drinks we ordered after we asked 3 times.

Getting Lost at a Waterfall

We tried, we failed, we tried again and made it… with help from people we bumped into. We walked past the steep muddy path we were supposed to go down and instead decided to forge our own path through the very steep, very muddy, very dense forest that surrounded us only to find we had gone much too far. Water too deep to walk through, forest to dense to break through.

The only way is up, apparently. We eventually saw signs of other life and bumped into a Chilean couple, together we found the correct life threatening path down and stood and saw the waterfall for about 5 minutes before everyone was cold and wet enough to leave.

Had a few beers the night before so after brekkie we had a bit of a nap, 4 hours in total. Great decision! At around 8PM we got picked up to go to one of the hot springs about an hour away from Pucon.

It was cold, wet and windy outside, inside the pools it was baking hot! The perfect cure for a lingering hangover! We made our way from pool to pool and even saw a rat, in the rocks, that had made the hot poolside its home. After that we stayed away from the rocks! 2 hours in there was plenty and got picked up looking like a prune.

We found out the next morning that we might get a stab at climbing the active volcano the following day so decided to do absolutely nothing. We got our briefing and signed our wavers.

Up at 5:45AM was, as you can imagine, not a great time for me, especially after a poor nights sleep. Picked up an hour later and picked up all our gear. Backpack, windproof jacket and trousers, crampons, helmet, ice axe and gators. Added our days food and got on our way. We started at 1400M above sea level and snaked up an extremely steep, loose dirt track to the ski lift at 1800M. Calfs burning and Brogan almost turning back we made it 400M vertically to the ski lift entrance.

Crampons on we began our ascent further up. The snow was completely frozen for the next few hundred vertical meters which made the going tough and slow. By the point we got told we had to stop it was like walking on a sheet of glass that was at an angle so great only one side of the crampons could be forced into the ice.

The weather was changing and if we did not start our decent at that point it would be very dangerous to be stuck up there. Gutted we could not get to the summit but very happy we got to around 2400M. The way down was much easier in terms of time, but on the muscles it was so tough. My knee jarred on the way up and the pressure on the way down was enough to keep me wincing in pain. I just wanted off now. Every step down and we slid through the snow, even with the crampons on! I fell over half way down after my crampons got caught in the opposite gator. Snow was great to fall in, the ice on the way up and it would have been a different story.

A beer finished off the hike/climb up the volcano and then off for our last visit to Latitude 39 before boarding our 11 hour bus to Santiago.

Pucon is a great little town, only problem was the weather, we even considered staying to work there for a month, but for Brazil dates we would of. 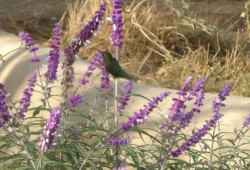 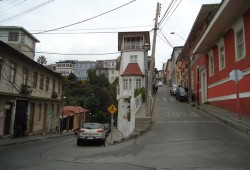 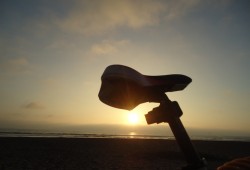