The story starts in London, Heathrow. Not a great start either. Book a one way ticket we thought, come back when we want we thought… Until you try to check in for your flight that is and you have no proof you are ever going to leave Argentina! No proof, no flight!

Blind panic sets in trying to call STA Travel to book us on the cheapest bus, train or flight out of the country, no trains, bus companies take ages to issue tickets, had to book a flight to Uruguay for £110.00… each! Great start! 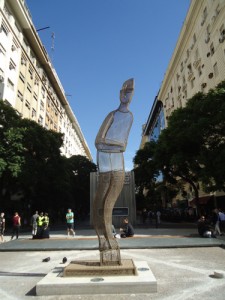 First impressions when entering BA, shit, I don’t know enough Spanish. The coach in was interesting on a Sunday evening. Nobody on the graffiti covered streets. Biggest city in Argentina and nobody around?! Turns out it’s the same every Sunday, 10am and we were shattered! Nothing to report, beer, rained, bed.

Next day was beautiful, a swift walk down Avenida 9 de Julio to Plaza de la Republica and our Demasiado Tour guide, Adam. Toured the south side of the city, churches, first tango place, La Casa Rosada (The Presidents Office) and galleries. Saw a guy get knocked off his bike, you can see the bike behind the car in one of the photos. Found an AMAZING street grill and tried Matambre and Choripan with a well earned beer. Chilled out, dinner, bed. 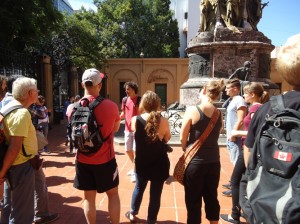 Next day was the 2nd half of the city, same guide but met at Plaza de san Martin. This time around all the rich areas and to see some of the rich hotels, some were unreal! Saw the grave of Evita Peron and learnt a bit of history and how her body has been moved to Italy and back due to anti Peronists(?). Dragged Brogan to the English bar to watch the football and then off to bed after more cheese!

Got invited to a BBQ at an Argentinians house (the house was stunning! beautiful street to live in, check the photos!) as Brogan met them in Asia. We had the most amazing cut of beef called ‘Lombo’ from the middle of the back of the cow. Trust me when I say, this was the best slab of beef I have ever had in my life, it was huuuge, enough to feed 7 people and was BBQ’d for well over an hour. So tender, so juicy and red. Perfecto! We eat and drank pretty much all day long ending with trying Fernet and coke for the first time, very bitter to start with, but a really refreshing drink, only the best again drinking ‘Branca’. Stayed at Nikos flat as getting home was a nightmare! 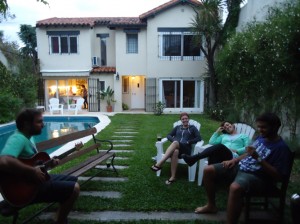 Next day was Brogans b’day, Niko put out a mini ‘Alfajores’ cake with a candle in, sang Happy Birthday and then caught the local bus back into the city centre. Made our way to Retiro, the bus station to book an overnight bus to Puerto Iguazu the next day. Chilled out the rest of the day, had a horrid and overpriced pizza for lunch that we ended up giving to a tramp, always helping my community!

We had been recommended a place called ‘La Bistecca’ for dinner by the Argies. Over our budget but we decided to go as our last ‘nice’ meal for a while to celebrate Brogans birthday. This place is amazing! All you can eat steak buffet, there was steaks (they were big, juicy and red, not far off Lombo but for a buffet place it was unbelievable quality), chicken, soups, sushi, lasagne, salads, ribs that were like butter, pizzas, triple cooked chips, I eat 3 full plates and felt like I was going to burst!

We attacked the chocolate fountain and brownie until we felt a little sick. Then the waiter comes over, mutters some stuff in Spanish and points at the menu, there is a dessert included as well as whats there, ordered the Crepe de Dulce de Leche and Brogan got a steamed pudding with… you guessed it Dulce de Leche in the middle. We felt awful, carried each other home feeling like we had our monies worth but rather sick. 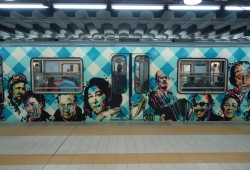 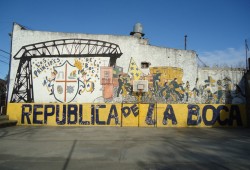 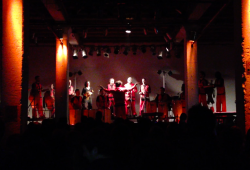